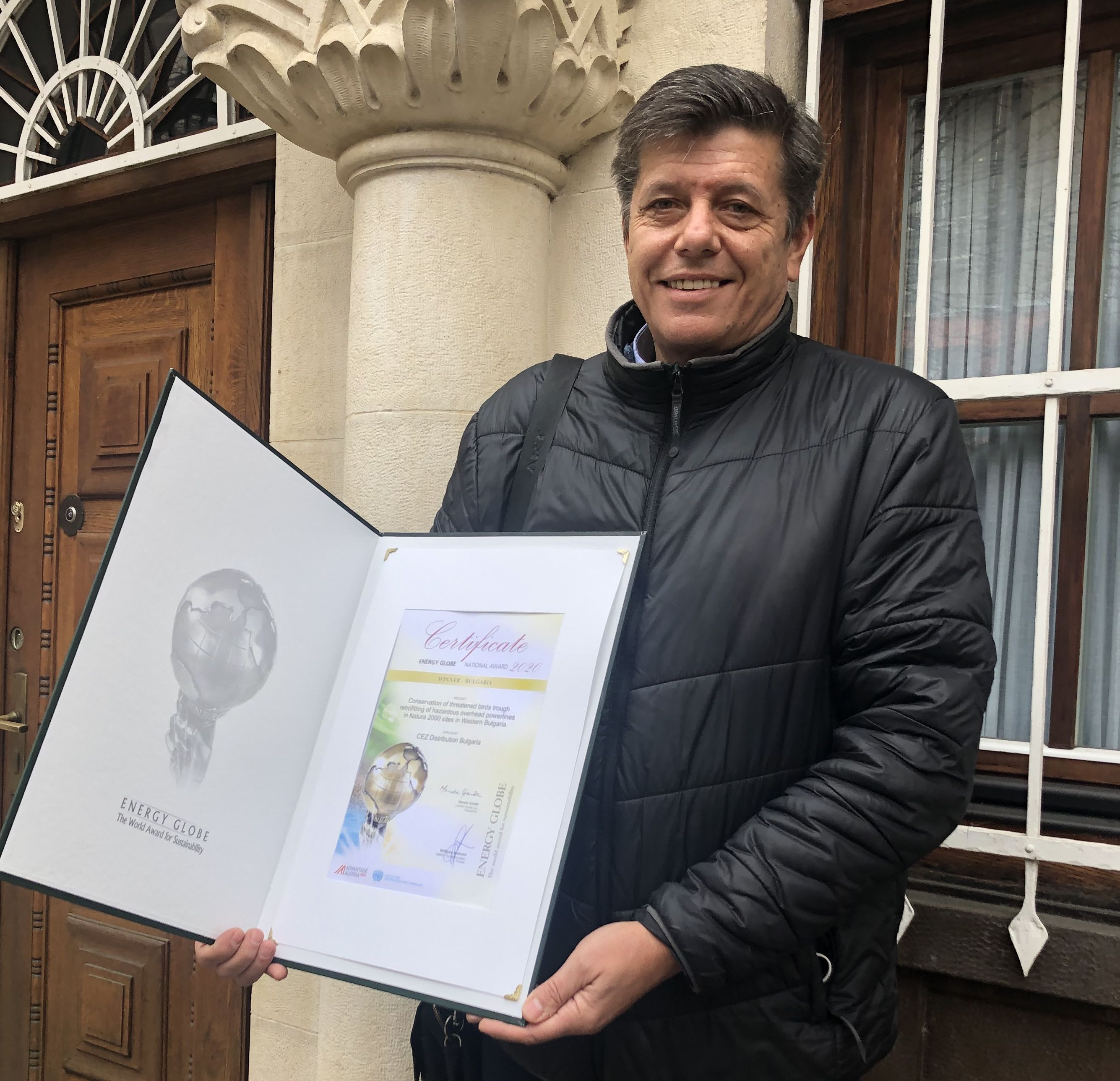 The Life for Birds project won the Energy Globe award

CEZ Distribution received the most important environmental award in the world – “Energy Globe” for its project “Life for Birds”. The initiative was implemented jointly with the Bulgarian Society for the Protection of Birds / BSPB / – the largest non-governmental organization with 1,400 members. Within the project, experts analyze which are the most risky for the endangered species of birds power lines, identifying and implementing the necessary measures for their safety.

In the Energy Globe competition in 2020, Life for Birds excelled among its competitors as an exceptionally sustainable initiative in line with the goals for a sustainable future. The award was presented in early December to Krum Gledjarski, Head of Quality Management at CEZ Distribution Bulgaria by the Commercial Adviser of Austria and Head of Advantage Austria in Sofia – Ulrike Straka.

“Such awards justify our team’s efforts and, I hope, encourage support for biodiversity conservation. We put our heart into the implementation of the project and we believe in the significance of its results, “said Krum Gledjarski when receiving the award.

With more than 180 participating countries, the Energy Globe Awards are the most important environmental awards in the world. They present projects from all over the world, ranging from small initiatives to large-scale ones. Engaged people around the world are developing solutions to the most pressing environmental problems of our time, such as resource scarcity, air and water pollution, erosion, climate change or fossil fuel dependence. Although these solutions are readily available, they often remain unpopular. The Energy Globe gives them a voice and introduces them to the general public to make them visible and encourage others to come up with their own innovative solutions.

CEZ Distribution’s project with the official title “Conservation of endangered bird species by securing dangerous for them overhead power lines in Natura 2000 protected areas in Western Bulgaria” is a continuation of the long-term environmental policy of the company for biodiversity conservation and is co-financed by Life of the European Union.