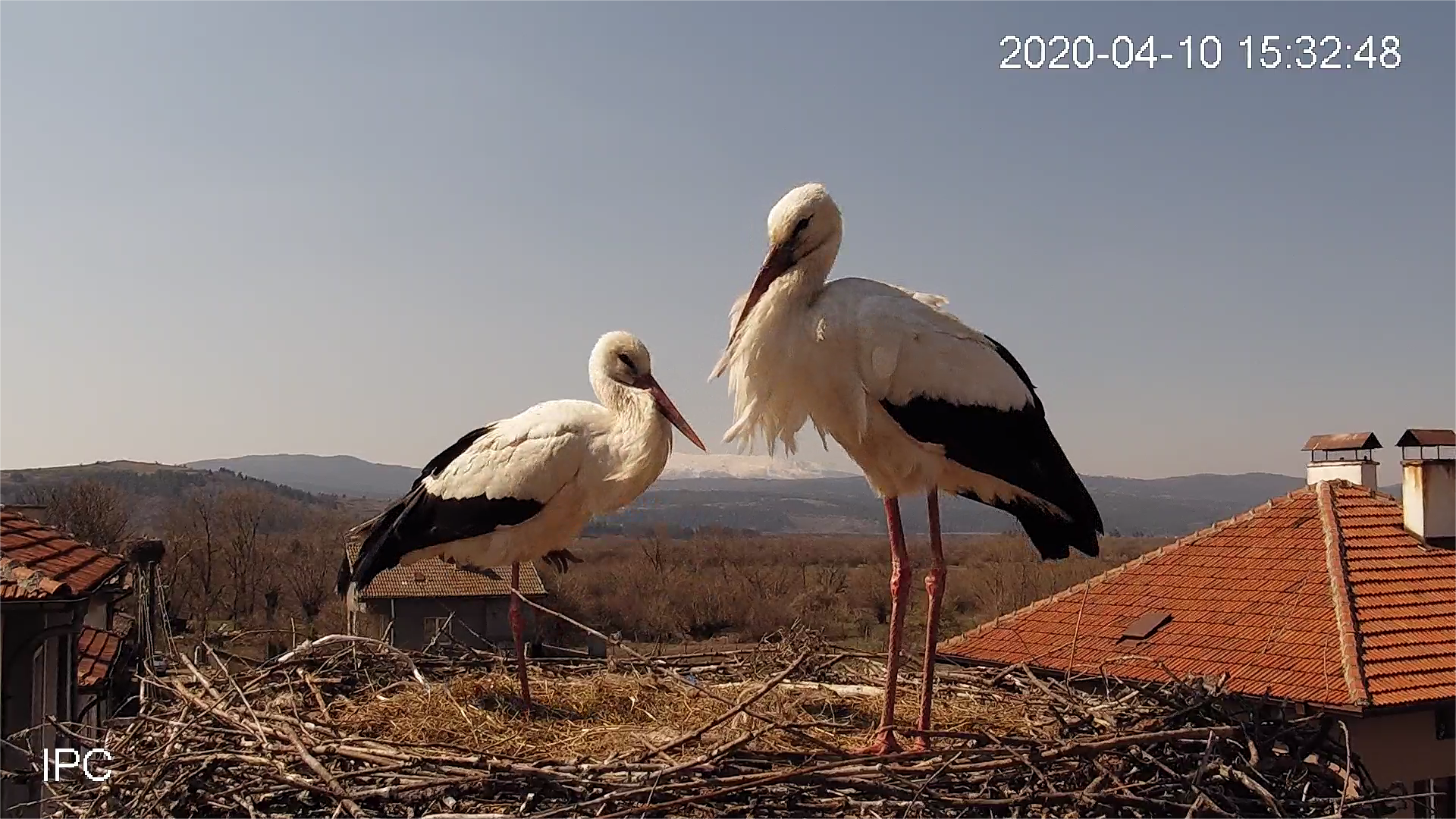 The Bulgarian Society for the Protection of Birds / BSPB / enables anyone wishing to become the godfather of the pair of white storks in Dragushinovo village, which is monitored live using a webcam mounted near the nest. For the second year, the life of the pair of white storks in the village of Samokov can be traced 24 hours a day. Long-legged birds already have many friends on BSPB’s YouTuBe channel, where their daily lives can be monitored.

We encourage anyone who wishes to become the godfather of the Stork family to submit their proposal for the names of the male and female birds in a comment below on the Stork Names Selection post from Dragushinovo village on @BSPBirds on Facebook. The post will be available for comments and suggestions from April 25, Saturday to April 27, Monday 2020. On April 28, a warrior, voting in a poll again on Facebook, will select the names of the storks from the couple in Dragushinovo.

Suggestions for stork names can also be made as a comment under the Live stream on BSPB’s YouTube channel.

The one whose proposals for the name of the pair of storks are chosen by the voters will become the godfather of the storks and will win a T-shirt, folder and notebook with white stork. With their proposal in the competition, participants agree to use their names to promote the project. The names of the godfather of the storks will also be announced on the website of the Life for Birds project – lifebirds.eu.

The installation of the webcam in the stork nest in the village of Dragushinovo, Samokov Municipality, is part of the measures for the conservation of the white stork under the project Life for Birds, implemented by CEZ Distribution Bulgaria in partnership with BSPB. Observations on the life of the Stork family are one of the approaches for a thorough study of the daily habits of birds. At a later stage, this research will help identify specific measures and steps that may be useful for birds in the future.